Yay! We were off to a great start to the end of our bike trip! But not the end of Korea. It was a nice cycle through the city, and we went through two major bridges. I was anxious to finish the last day! We passed a nice sculpture and took a picture of it!

We finally reached the certification center, it was in a park which had a mini amphitheater. 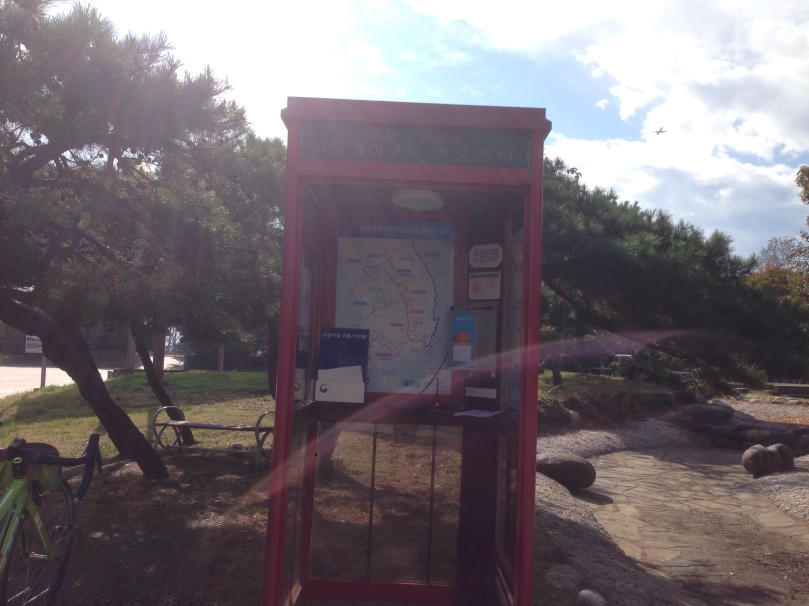 The place has a selfie area! So cool! 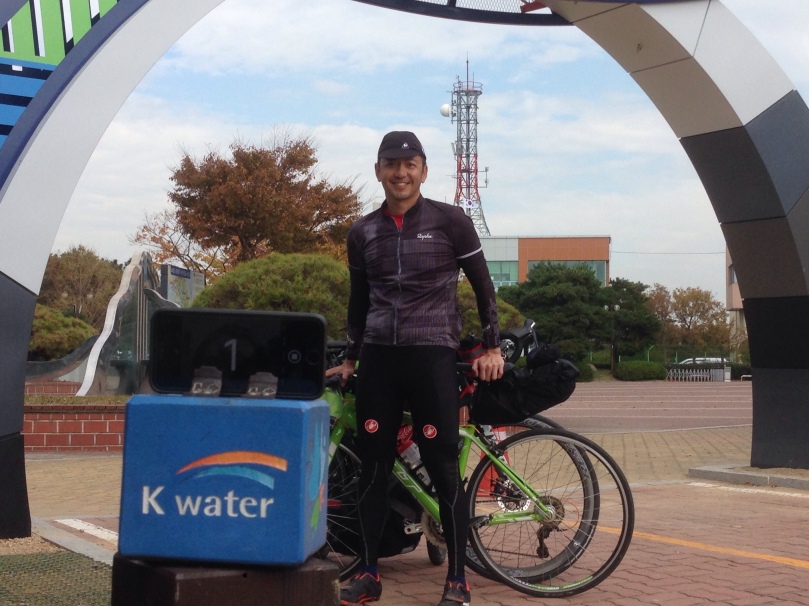 Daddy took so many pictures. It felt like an hour! 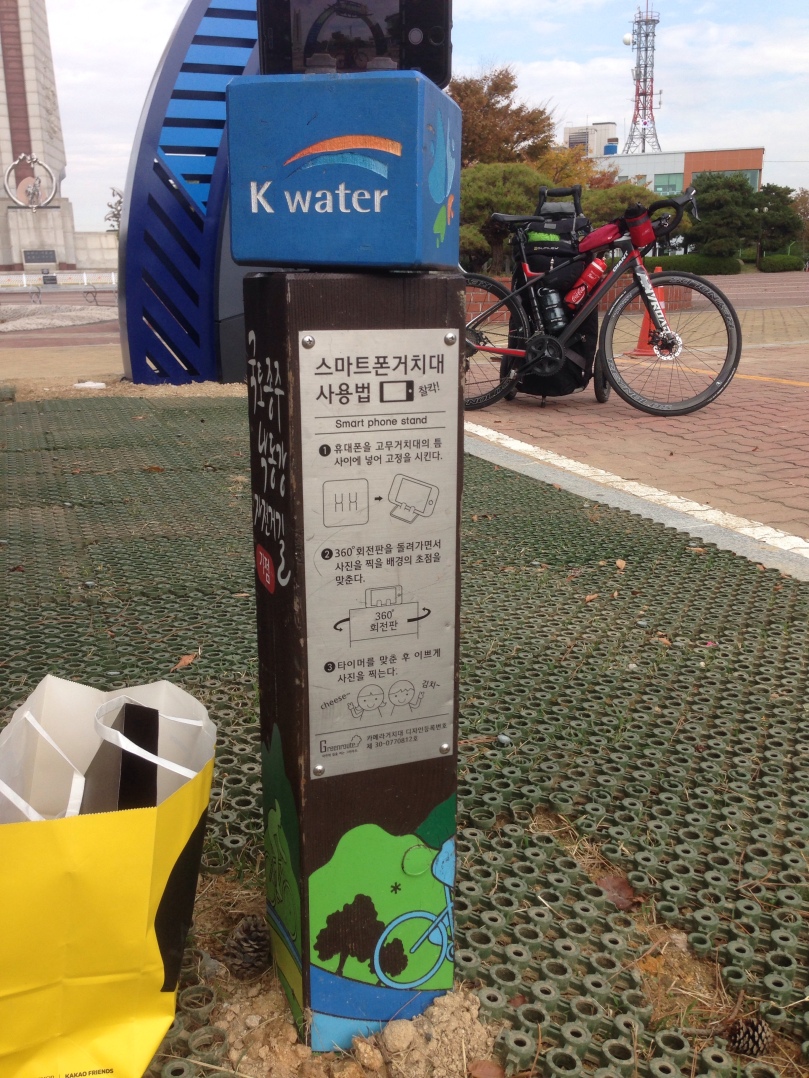 We ride from there to our hotel (Toyoko Inn) at Busan station. We had a break there and had ramen and tonkatsu. We went to the ticketing station to book our Mugunghwa train to Seoul.

We saw a free booth and we went to the lady who (thank goodness) spoke simple English. Daddy sat down to talk to her while I saw a brochure of a KTX. I took out a extra piece of paper at the bottom of the bag that I kept. It was calming and I was finally finished with cycling …

Then as I finished the drawing and was going to try to read the KTX map, Daddy called me and he explained to me the situation. The mugunghua trains that departed from here could not take bikes. The lady then explained to us we could take bus up or we could cycle to the next station where the mugunghua trains can take bikes. Little did we know there was a train called the E train which would go to Seoul . But in the end , I felt that this way was the best . The station where the train would end would stick to me for a Long time … . She said we could go to boejon station and take it Cheongnangyi in Seoul. Later made plans En- Route to make Cheongnangyi the main station for us. It had many metro lines and a wide variety of trains were some of the reasons.

We decided to get a KORAIL pass to make the journey easier. We booked the train with no extra cost and headed to the hotel to cancel our booking and change it to the other toyoko inn nearer to the station. We made a online reservation as there was a promotion in all the hotels (Toyoko Inn Busan) and we got a 20% discount. We used the mode of transport we used for the last 12 days to the hotel. But in the city, things were different and daddy took extra caution .

Halfway, we saw a lady who was selling things on a motorised scooter!

Not too far away, a McDonald’s was in sight! It was the first I saw in Korea.

We passed through tunnels under Gancheon (where we would later go) and Busan tunnel . 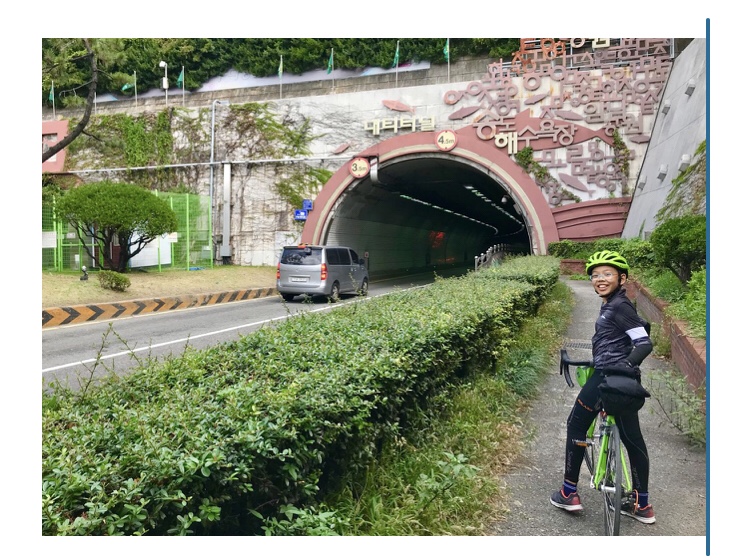 After Cycling out of the main part (I think) we finally arrived at the hotel.

We got a Room and then after asking the lady how we should go to Gancheon village. She recommend us to take a bus, and so we did.

There were bus bells on the ceiling !

We arrived at the village and got a matcha ice cream and a Korean snack that daddy liked. We later found out that the residents fled here during the Korean War. It was in the hillside and not to near the capital at that time ( kaésong )

We explored the city for a hour before going back. 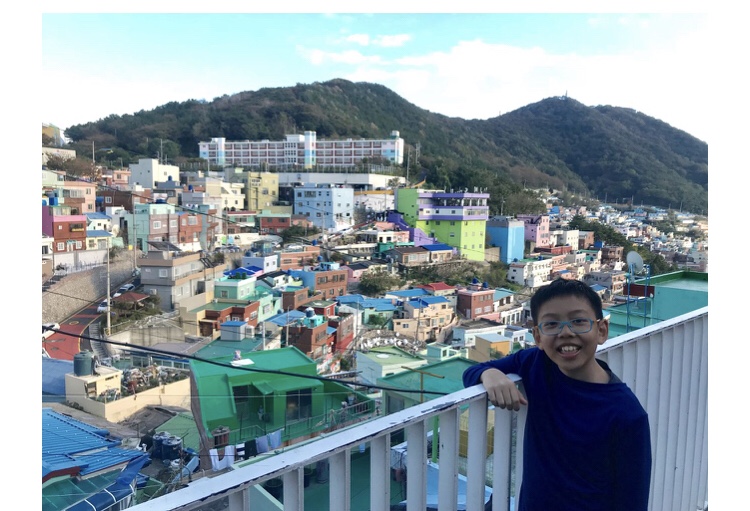 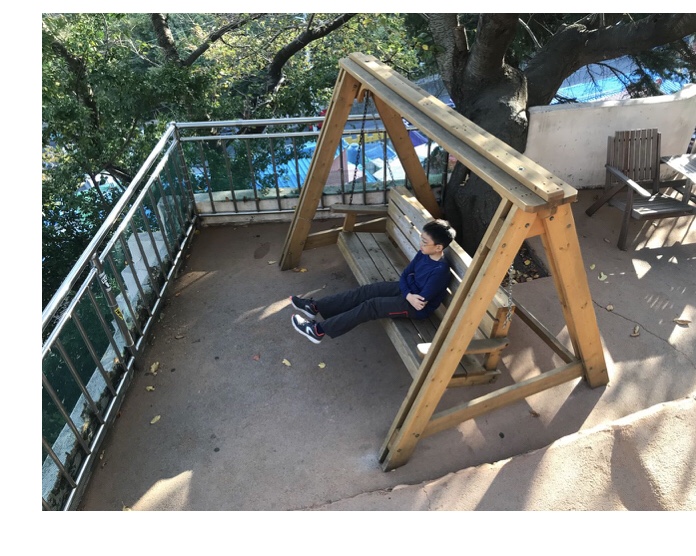 If you see a white mark on the tree, it’s where the swing hits the tree. The bus Drivers were crazy and they went full speed down. We passed he 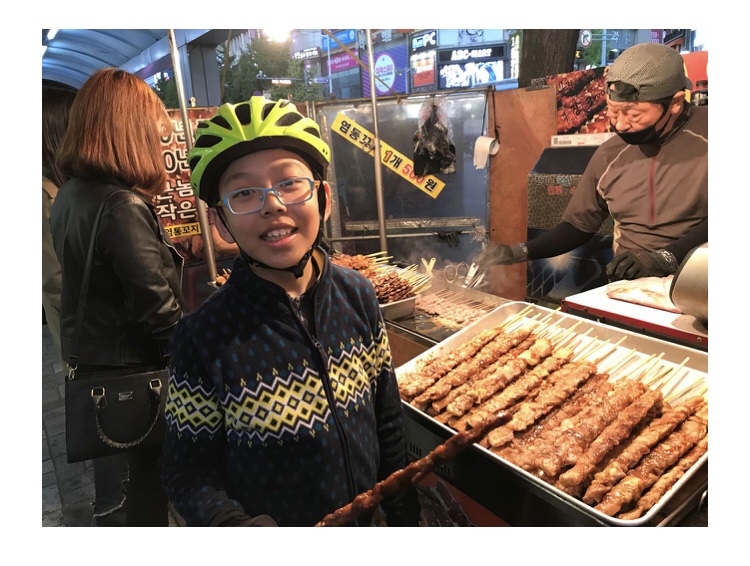 At the hotel entrance, there was a booth where we got pork ! 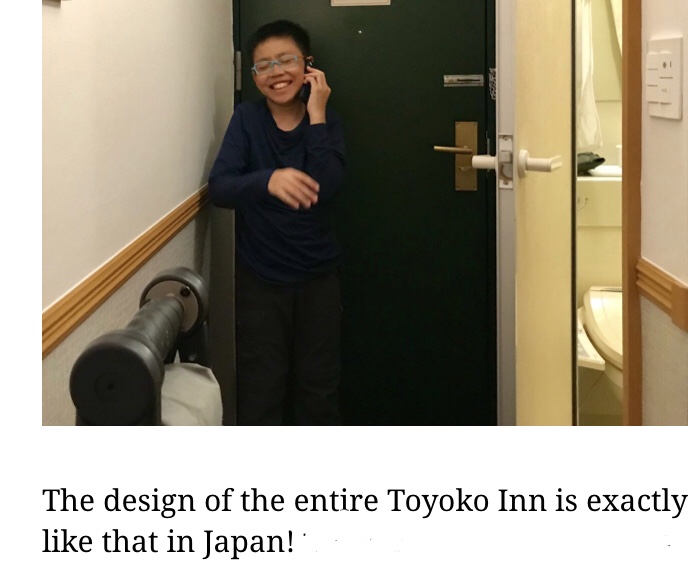 Ee went to a place that we saw while Cycling to the hotel . We got in queue, and we did not know it would take ~~25 mins. But the dinner was worth the wait. It was good! (and relaxing because the guy cooked for us)

On the way back, we saw a convenience store and got my 2nd favourite ice cream. Back in the hotel we opened up the box and the ice cream, and enjoyed the happiness… 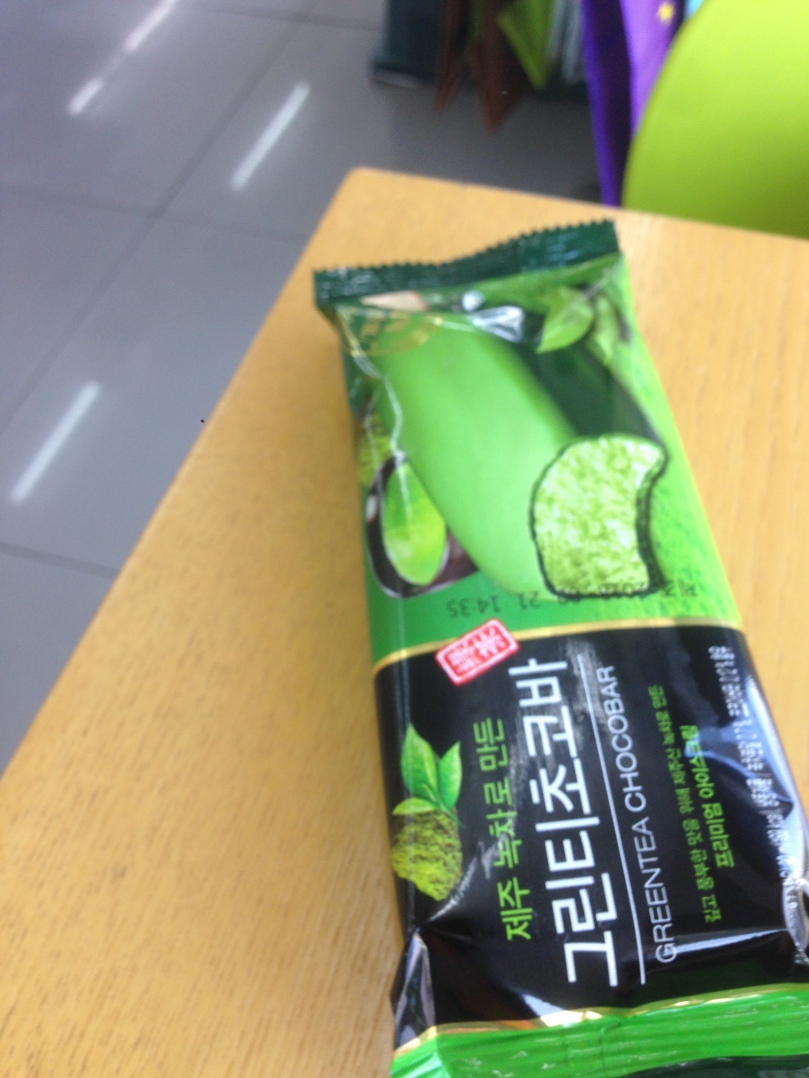 We finished the cycling, now on with the trains!